after a few weeks of contemplating whether to make a nail blog or not, i decided that i wanted a blog. but after a few days of trying to come up with a "clever" blog name, i failed, gave up, and decided to go with a mundane blog title--and now i finally have a nail blog.

im not exactly sure if anyone is going to keep up with my blog, but i know one thing, Natasha is going to see this post. haha hopefully other people will follow my blog?...if not, oh well...

just to add, im an amateur nail art girl. i just do it for fun so, i cant guarantee perfection or the "proper" way of doing things. 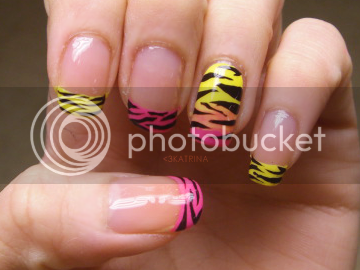 here's the look we're going for ^
i had this on for a week and received a lot of compliments. a lot of people also asked me how to do the blend [on the ring finger] so i decided to do a tutorial. plus, Natasha specifically requested a tutorial for this one. haha 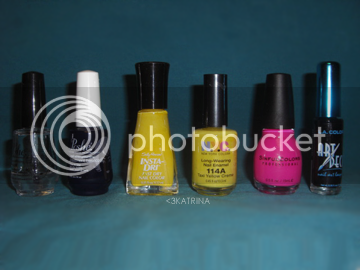 start with a base coat. 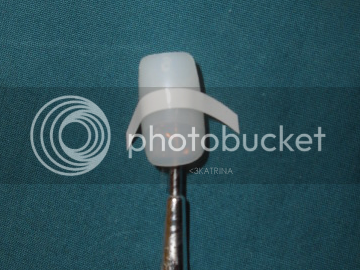 using a tip guide, place it where you want the tip. 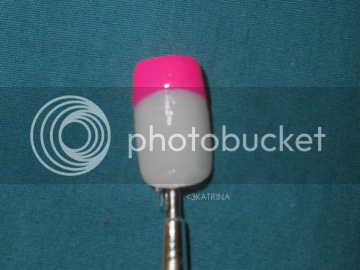 using either the pink or yellow, paint the tip & then take off the tip guide. 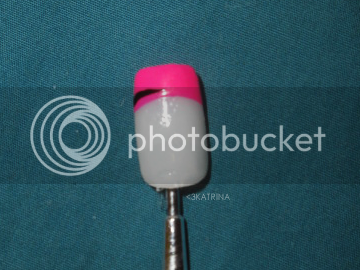 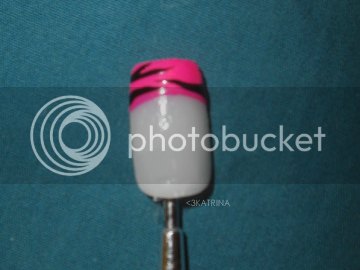 go on the opposite side of the first stripe & make another stripe. continuously add more stripes on both sides. 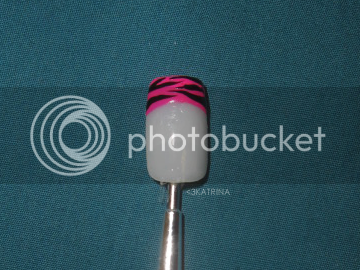 try not to bunch the stripes too much so it doesnt look messy. this would be the end product after you apply a topcoat.

again, start with a basecoat. 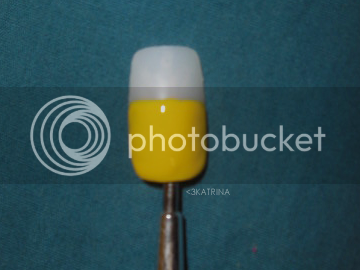 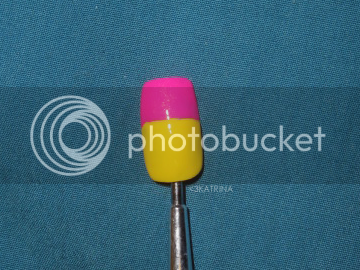 once the yellow is dried, paint the other half pink. 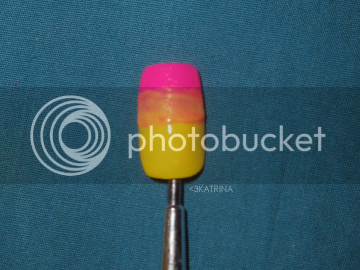 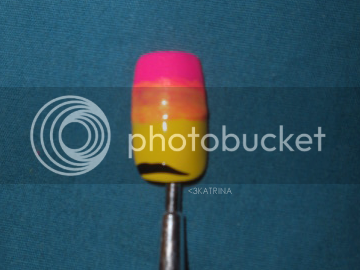 once the blend has dried, start doing the stripes. sorry i didnt take pictures while doing the rest of the stripes, i totally forgot! haha but its basically just like doing the strip on the french-tip except the stripes are going to be all over the nail. here's a tip though, when you come to the yellow-orange & orange-pink blend section, try to put a stripe where the two colors meet to make it look like it really blends. -i hope that made sense, sorry if it didnt!

add a topcoat & you're finished!

wow, that was a long first post, but its done! if anyone, besides for Natasha, read this...and tries it, please show me =) i'd like to see. and leave me comments/feedback, if its possible. feedback is always appreciated =)