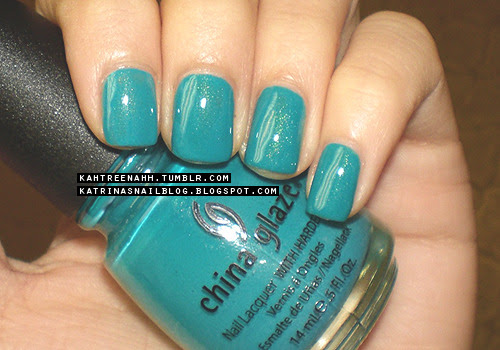 2 coats of China Glaze's Custom Kicks. I used flash in this photo to show the beautiful golden shimmer running through the teal-turquoise polish. Ugh. It's absolutely beautiful but it's sooooo hard to capture on camera. The gold shimmer is more visible irl. 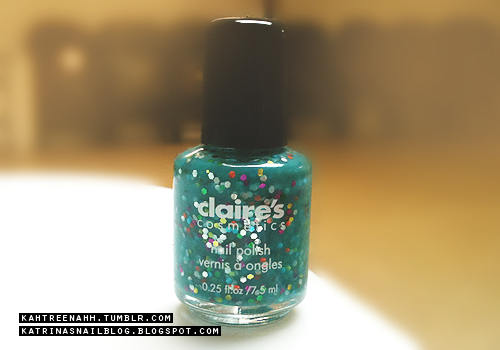 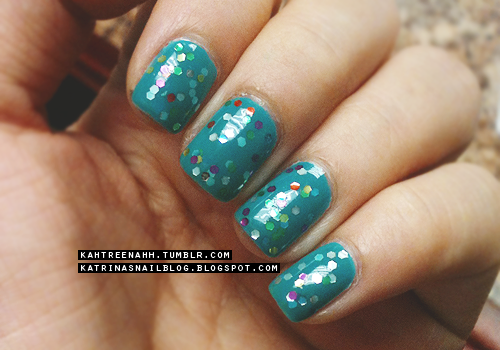 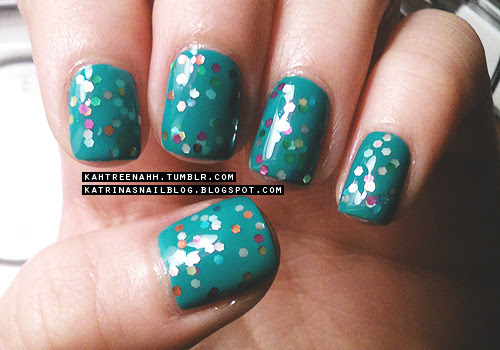 I know, the lighting is off in those two pictures ... but its pretty color accurate on the polish .. and that's all that matters, right? :) Two coats of the Claire's glitter over Custom Kicks. The glitter is a teal-ish, thin jelly base with multi-colored glitters. The jelly over CK dulled out the gold shimmer... but it's ok.

And yea, that's all that I have to share. I'm completely wiped out -- no more manis to share and I don't have time right now to do my nails ... but its alright :P

2012 has been quite a year; it's been one of the best years for me personally. I'm having a bitter-sweet goodbye with 2012, but I'm most definitely looking forward for 2013~ I hope you've had a great year; thanks for sticking with me <3 Have a safe and happy New Year!

I just wanted to say that I'm back from my trip to Thailand. It was such a beautiful, eye-opening, and wonderful experience~ I don't have much to share ... so I'll share a picture of my polish haul -- 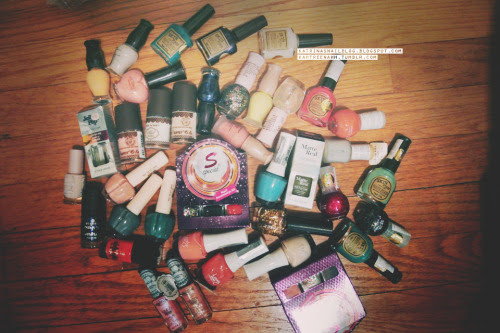 You can enlarge the picture by clicking on it. All the polishes aren't for me ... just most of them are mine :P

I hope everyone had a great holiday~

I just wanted to say that I'll be heading to Thailand tomorrow morning; I'll be back on the 27th. 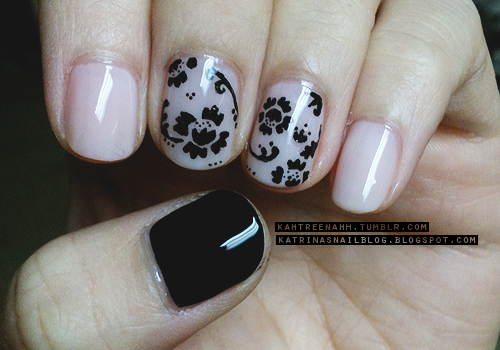 My mani was inspired by Candice / mrcandiipants~ I used two coats of Barielle's Delicate Dancer and acrylic paint for the design. It's pretty simple & elegant ! ... I looooved this mani so much :D 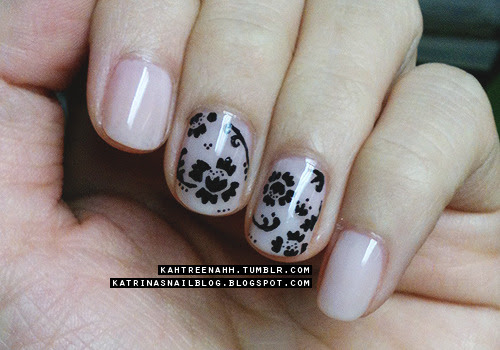 Ooh, I also want to mention that I got a new camera! --- finally :D 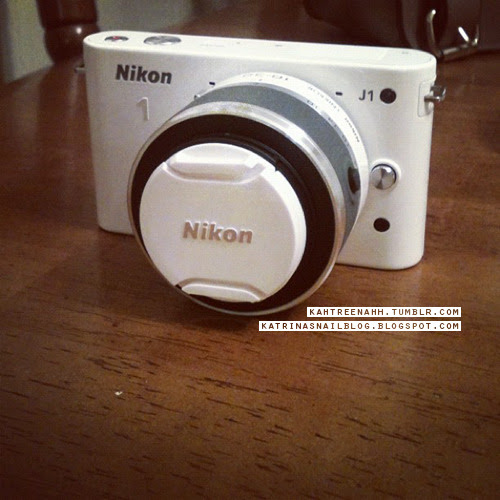 I posted this photo on instagram yesterday when I purchased it. Gahhh, I'm in love with it already :D

Alright, I'll end this post here. I should be packing ... although I know I won't be packing yet :P

Have a good one!,
<3KATRINA